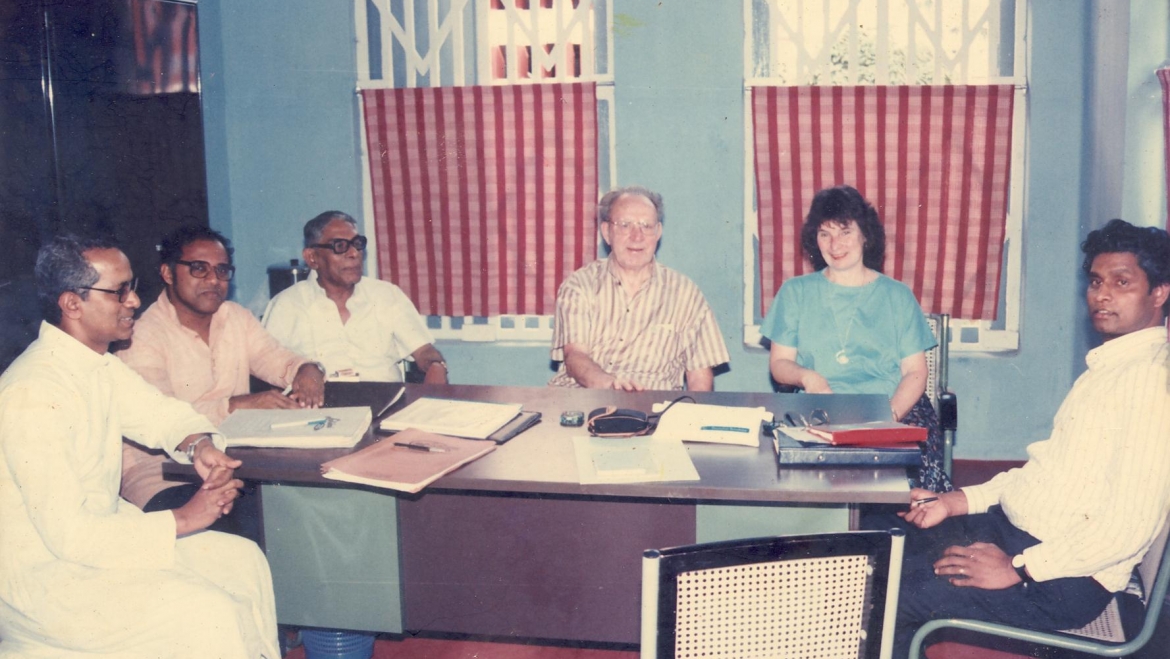 The first half of 1986 witnessed an increased awareness among the members of the CMI Congregation about their social commitment and a good number of members began to take interest in social action program. The need for co-coordinating the social action programs was felt among the members of the congregation. Thus began a search for an institutional mechanism for coordination among different provinces.

The origin and growth of CEVA is also linked with the relationship with Karl Kubel Stiftung (KKS) Germany. KKS had started collaborating with CMI institution (KESS) in the second half of 1970s and in the second half of 1980s in implementing rural development projects. In fact, the Integrated Rural Development Project in Silwani was the first major project of KKS in India. KKS, especially Mr. Karl Kubel, the founder of KKS, was impressed with the work and happy with the co-operation. During his visit to India in 1986 he decided to expand the activities of KKS in India by implementing more projects. KKS approached the Prior General of the Congregation for support and co-operation as he wanted the CMI congregation to take the responsibility of the coordinating KKS project in India.

It was decided at this meeting to form a registered society under the title, Cyriac Elias Voluntary Association, including members from the whole congregation. The first general body meeting of CEVA was held on 6th December 1986 at Chavara Cultural Center, Ernakulam. The Office bearers and the members of Board of Directors were elected and the Memorandum of Association and the Rules & regulations of CEVA were approved at the meeting.  This resulted in the Registration of CEVA as a society under the Travancore Cochin Literary and Charitable Societies Registration Act of 1955 on 27th January 1987.